The Municipality of Limassol, as Coordinator and its Partners

at the integration program of refugees and migrants by local authorities

“Limassol: One City, the Whole World”

The conference will take place via Zoom application

10:10 – 10:15 Presentation and review of 2019 – 2020 program actions
Harris Trikkis, Chairman of the Committee on European Affairs of the Municipality of Limassol

10:15 – 10:30 The implementation of integration actions during Covid19 pandemic
Interventions of municipal officials and collaborators on the way they worked during the COVID-19 pandemic
Christina Tsiabarta, Municipality of Limassol
Nenad Bogtanovic, Coordinator of the Limassol Municipality Intercultural Council
Andri Agathokleous, Municipality of Agios Athanasios
Personal experiences of TNCs will be shown (videos) 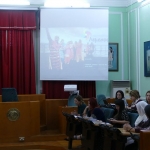 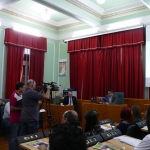 The practical contribution of Limassol to the smooth integration of Third Country Nationals through the program “Limassol: One City, the Whole World” was highlighted by the Mayor of Limassol, Nikos Nicolaides, underlining its successful implementation for 8 consecutive years. This event was widely recognized by all local government bodies in Limassol participating in the program, the Mayors of Agios Athanasios M. Kyriakos, Mesa Geitonias D. Antoniou and Germasogeia Th. Xydia, as well as by the competent department of the Ministry of Interior – the European Fund Unit approving funding through the European Migration, Integration and Asylum Fund.

Speaking during the online press conference today (Tuesday, July 28), the Mayor of Limassol underlined that “the services offered in the program have a practical effect on the lives of immigrants in Limassol and benefit all our citizens.” He also stressed that “it is in our interest, to join the local community, to learn about the way of life in Cyprus, to know their rights and obligations.”

The conference concluded with the completion of this 18-month cycle of efforts to integrate refugees and immigrants into the local community. The representative of the European Funds, Sofia Theodosiou, welcomed the successful implementation of the program and announced its renewal for another 18 months. As a matter of fact, Limassol will complete 10 years of continuous implementation of TCNs integration policies by the local community. The Mayors, in their own speeches mentioned that Limassol is the most multicultural city of Cyprus and expressed their satisfaction for the success of the program.

Haris Trikkis, Chairman of the Committee on European Affairs of the Municipality of Limassol, presented the actions of the project, noting that its actions were not interrupted during the pandemic but instead were adapted using online platforms. The direct beneficiaries of the program in the form of social support services exceeded 300, while hundreds of others participated in public activities.

Andri Agathokleous, officer of the Municipality of Ag. Athanassiou commented on the response of immigrants to actions aimed at familiarizing them with the culture and gastronomy of Cyprus.

During the press conference, videos were shown with immigrant testimonials about the benefits they received from the program.

The videos are posted on the project website www.inlimassol.com.cy 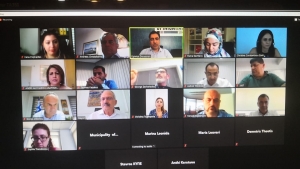 The life of migrants and their contribution to the local community

The contribution of migrants in the social life is highlighted by the program “Limassol, a city, the whole world” in the context of the activities to support the integration process. In view of the completion of the program, on Sunday 5th of July, program coordinators made visits to places where migrants gather and spend time.

The program’s officer conducted interviews to create short films about the lives of migrants. Migrants spoke about their experiences and daily lives, as well as their participation in integration with the local population and skills programs. In particular, they referred to the social support actions offered by the Municipality of Limassol, as coordinator and the Municipality of Agios Athanasios as a partner of the program “Limassol is a city, the whole world”.

It is especially valuable for the support of the smooth integration of migrants that the activities organized by the municipalities such as social intervention in the streets, lessons of Cypriot history and culture, the educational excursions and the courses of the Cypriot cuisine. Migrants expressed their appreciation to the local government because they have the opportunity to participate and get acquainted with the history and culture of Cyprus and the Cypriots themselves.

The program promotes the familiarization of migrants with Cyprus as a host country, the culture, customs, and traditions and generally aims at their active participation in social life. 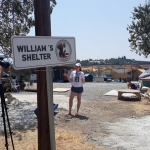 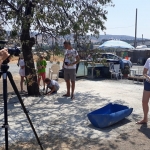 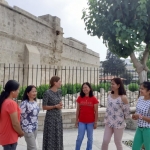 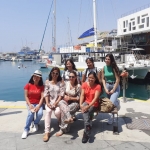 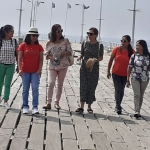 Aiming to introduce to refugees and migrants Cyprus culture and attractions, the Municipality of Agios Athanasios organizes excursions in July.

This activity is carried out in the framework of the program “Limassol: One City, the Whole World”.

The Municipality of Agios Athanasios is a partner in the program which actively promotes the support of the process of integration of third country nationals (YTX) by the local community.

The excursions will take place on July 11, 18 and 25 and the participants will have the opportunity, among others, to visit the monasteries of Kykkos and Panagia Chrysorogiatissa, Agios Nikolaos Stegis and the villages of Prodromos, Kakopetria and Kyperounta.

The program promotes the familiarization of migrants with Cyprus as a host country, the culture, customs, and traditions of the place and generally aims at their participation in social life. 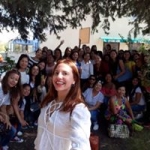 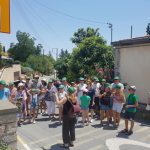 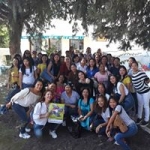 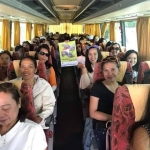