In the context of the program, the Municipality of Limassol is applying an innovative and scientifically proven methodology developed jointly by the Council of Europe (CoE) Intercultural Cities Network and Anti-Rumours Global to combat rumours against migrants.

This initiative has been implemented in more than 20 cities worldwide. It combines political will with social mobilization and networking.

These activities aim to increase acceptance levels, cultivate a receptive mindset and promote a positive approach to diversity, as well as reduce racist tendencies and discrimination in the local community.

Council of Europe Intercultural Cities programme, in collaboration with Anti-rumours Global, provide a theoretical and practical introduction to the Anti-rumours Strategy.

The first time we talked about anti-rumor in Limassol was back in 2014.

Experts from Barcelona visited Limassol and trained the “Limassol – one city, the whole world” team and other stakeholders. Since then, various specific and general actions have emerged.

By ‘general actions’ we mean any action that promotes integration, awareness, or training on immigration issues as both contribute to our anti-rumor initiatives. Therefore, the “Limassol – one city, the whole world” as a project support the anti-rumor efforts! Everything we do for social cohesion and justice is anti-rumor.

In the framework of specific actions we prepared messages and initiated actions such as the development of comics, promotion of positive role models, preparation of short videos to raise public awareness, etc.

In 2021 we were again trained in the Anti-rumor methodology by experts from the Anti-rumor Global in Barcelona, ​​this time online, due to a pandemic.

A survey was also conducted to identify more misperceptions in the field.

Comics produced by the Municipality of Limassol

Athletes’ posters care of the Municipality of Limassol 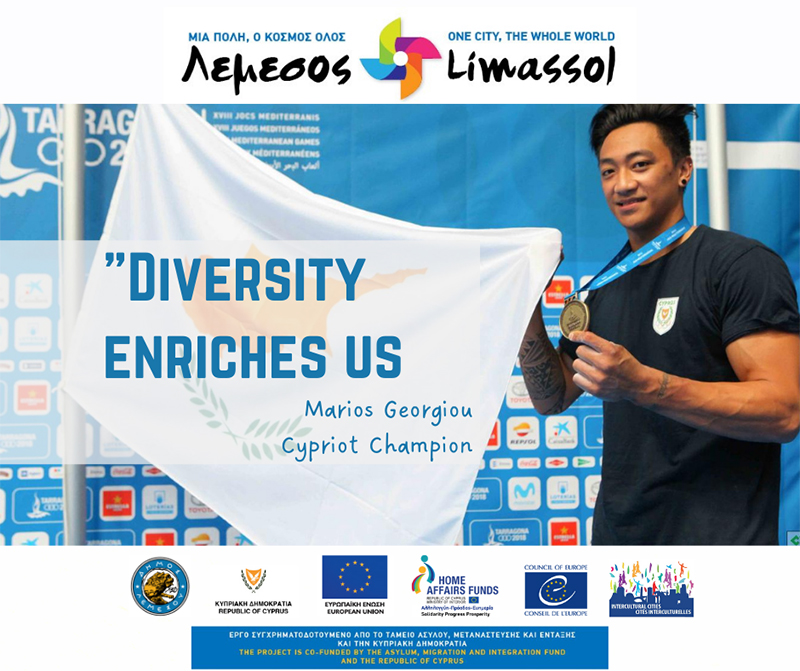 The videos and posters of the Anti-rumour campaign were promoted via social media reaching out to a broad audience.