An essential and in-depth discussion on strengthening the social integration of migrants and combating gossip that fosters xenophobia, was held in the context of a press conference organized by the Municipality of Limassol and its partners in the program ” Limassol: one city, the whole world “.

The press conference was greeted by the Mayor of Limassol, Nikos Nikolaidis, who expressed satisfaction with the long-term continuous implementation of the migration integration program in the greater Limassol district, headed by the Municipality of Limassol. Mr. Nikolaidis noted that inequalities in the distribution of public goods and the use of social rights cause phenomena of prejudice, xenophobia and racism to the detriment of migrants and asylum seekers. He stressed that he considers the fight against these phenomena important for the preservation of social cohesion and convergence.

The participants had the opportunity to hear good practices from the “anti-rumor” campaign developed by the city of Barcelona and the corresponding one that will be implemented by the Intercultural Council of the Municipality of Limassol. Journalist Michalis Papaevagorou, director of the “Kanali 6″ Radio Station, also contributed significantly to this discussion, referring to the incidents of spreading false news about migrants and the way he deals with them.

The project ” Limassol: one city, the whole world ” continues for a decade, offering services to support the process of integration of migrants – third country nationals in the local community. The head of the European Fund, Konstantinos Kyprianou, said that migration is an unavoidable reality, while social exclusion, in addition to its humanitarian aspect, carries risks that in the long run can take on dangerous social dimensions.

The Mayors of Agios Athanasios, Marinos Kyriakou, Mesa Geitonias Doros Antoniou and Germasogeia Kyriakos Xydias also spoke about their contribution to the integration program. Participants conducted a productive discussion with experts on gossip practices from their experiences in Cyprus and Europe.

The program ” Limassol: one city, the whole world ” is co-financed by the European Asylum Fund for Migration and Integration and the Republic of Cyprus. 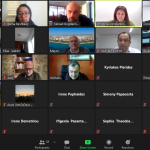 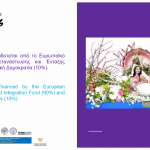 The Municipality of Limassol, as Coordinator and its Partners
in the program “Limassol: A city, the whole world”
invite you to an online Press Conference on:

The fight against prejudice and gossip against migrants is the center of the press conference organized by the Municipality of Limassol and its partners in the program “Limassol: A city, the whole world”.

Experts from Barcelona will present good practices of their own anti-rumor campaign in Spain. A similar initiative will be developed by the Municipality of Limassol, while the journalist Michalis Papaevagorou will refer to experiences and incidents of spreading false news about immigrants.

The press conference will be online due to the pandemic measures.

During the event speeches by the Mayors of Limassol, Agios Athanasios, Mesa Geitonia and Germasogeia will be delivered. Then, the project “Limassol is a city, the whole world” will be presented, which has been implemented since 2013, offering services to support the process of integration of migrants – third country nationals in the local community. The new renewal period is 18 months – from September 2020 to February 2022 – with a budget of € 200,000.